Skip to content
Home » Top Tourist Attractions in the USA

The United States is a massive and diversified tourist destination with a plethora of top tourist attractions and sights to see. Whether you’re a local seeking for a new adventure or visiting America for the first time, the United States has a lot to offer.

There are numerous options available to you, with amazing views strewn over the land. These are the top tourist attractions to add to your schedule if you plan to go for a visit. 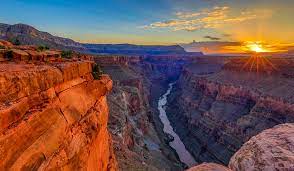 The Grand Canyon is one of the most popular and top tourist destinations in the United States, located in northern Arizona.

It was carved deep into the earth by the Colorado River, creating stunning sheer walls and ledges.

The Grand Canyon is not the world’s deepest or longest canyon, but its massive size and intricate and colourful scenery provide visitors with breathtaking views that are unrivalled anywhere else.

The most frequented portion of Grand Canyon National Park is the South Rim, which is roughly 4.5 hours by automobile from Las Vegas. In the high season, a big tourist centre, regular bus service along the Rim, and a boardwalk that extends down the canyon with various viewing sites and platforms can all be found here.

From here, you may go on a number of fantastic walks, including the Bright Angel Trail.

Another famous attraction is the Skywalk, a glass bridge that spans the Grand Canyon’s rim. Eagle Point, on the West Rim, is where you’ll find it. 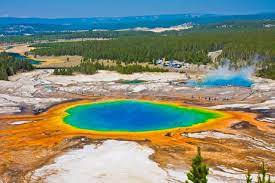 Yellowstone National Park is home to a massive old volcano that has created a stunning environment and incredible natural phenomena.

Geysers and hot springs, as well as breathtaking waterfalls along the Yellowstone River, are just a few of the attractions that attract tens of thousands of visitors each year.

It has facilities for camping, fishing, hiking, boating, and snowmobiling in winter with geysers making it one of the top family vacation destinations.

The park, which is the United States’ oldest national park, is home to a diverse range of animals, including free-roaming bison, bighorn sheep, antelope, black bears, and grizzly bears. 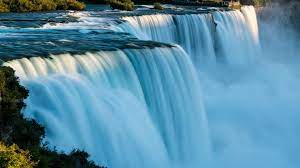 Queen Victoria Park, where the Falls are illuminated and fireworks are exhibited nightly throughout the summer, is one of the best spots to watch the Niagara Falls on the Ontario side.

Niagara Falls can be seen in a variety of ways. The Maid of the Mist boat excursion, which gets visitors near enough to feel the spray from the cascading cascades, is one of the most popular.

Visitors can also walk alongside the rapids on a promenade or take a cable car trip above them. There are also jet boat and helicopter tours offered for the more daring. 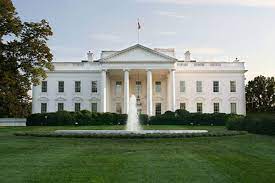 The White House is the official house of the President of the United States, and it should be on your bucket list.

The White House tours are free, but they must be scheduled at least three weeks in advance.

This 3rd largest US national park is located in the Alaska Interior, among the jagged mountains of the Alaska Range, and is home to Mt. McKinley, North America’s highest peak.

Every year, thousands of visitors go to Denali National Park to see incredible wildlife, participate in a variety of outdoor activities, and marvel at the spectacular vistas of majestic mountains, glaciers, rivers, lakes, and tundras.

The Park is huge, and much of it can only be accessed by foot or dog sledge. The Denali Park Road, which runs for several kilometres through the heart of the park, connects visitors to visitor centres, hiking trails, and animal and panoramic view lookout spots.

Private vehicles are only allowed on the first few kilometres of the road. To travel further, tourists must use park shuttle buses or pre-arranged bus trips, many of which are narrated and educational.

Visitors will discover a number of motels, restaurants, cafes, bars, and souvenir stores just outside the Denali National Park gate, as well as a mercantile store offering camping goods, groceries, and other essentials within the park. 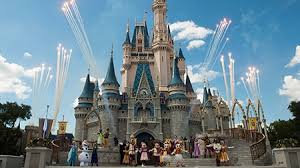 This massive amusement park in Orlando is America’s biggest family destination, catering to both children and adults for decades.

Walt Disney World, which first opened its doors in 1971, has managed to keep its relevance and fascination for children and even many adults through the years.

Disney World in Orlando, Florida, is a fascinating world that welcomes people of all ages to explore. It has four theme parks, two water parks, infinite shopping and dining, and state-of-the-art resorts.

You’ll hear happy music and see friendly cast members as you go down the street of any park, hotel, or shopping district.

You might even run into a famous character or two, such as Mickey Mouse or a princess! The Magic Kingdom, a fairytale theme park with six “lands” based on the resort’s emblem, Cinderella’s Castle, is the most popular attraction in Disney World. 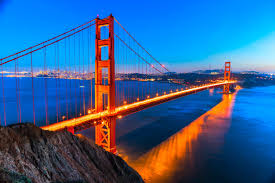 Visit the Golden Gate Bridge in San Francisco, California, if you wish to visit sites that are not only iconic but also considered one of the Seven Wonders of the World.

This suspension bridge spans the Golden Gate Strait, a mile-wide and three-mile-long inlet between the Pacific Ocean and San Francisco Bay.

Due to its magnificent orange colour, the bridge is a well-known emblem of the area and one of the most photographed bridges in the United States. 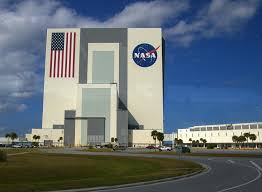 Since 1968, the centre has been NASA’s primary launch centre on Merritt Island in Cape Canaveral, Florida. The Kennedy Space Center Visitor Complex allows visitors to get up close and personal with space flight and rocket launches.

There’s so much to see and experience at the Kennedy Space Center, whether you’re a space junkie or just starting your voyage to the heavens. 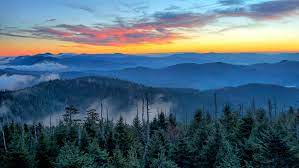 The Great Smoky Mountains National Park is a must-see for anybody who enjoys the great outdoors and enjoys hiking, fishing, camping, or backpacking.

It’s a veritable garden of plants, flowers, and animals. However, keep an eye out for bears, as many visitors come to see black bears, elk, and deer.

Popular activities include picnicking, fishing, and visiting historical sites such as Roaring Fork and Cataloochee, as well as the Mingus Mill and Elkmont. One of the top US tourist attractions for a more tranquil, calming experience is the Smoky Mountains. 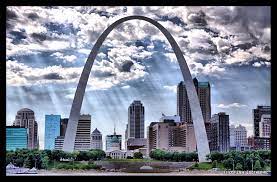 The Gateway Arch, a 630-foot monument overlooking the Mississippi River from the west bank, is a symbol of the city of St. Louis, Missouri, and is also known as the “Gateway to the West.”

The spectacular arch is not only the world’s tallest arch, but also the Western Hemisphere’s tallest human-made monument.

Exhibits include stories of local Native American history, pioneers who pioneered the west’s development, and more at the arch’s museum. Riverboat tours on the Mississippi allow visitors to see the arch and the St. Louis skyline from a different perspective. 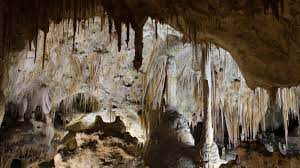 Carlsbad Caverns National Park, located in southeastern New Mexico, is one of the state’s most unusual tourist attractions, transporting visitors to a whole new underground world.

Carlsbad Caverns is one of the most well-known cave systems in the world. The caverns provide tourists the chance to explore a strange world unlike anything they’ve ever seen, from immense, echoing halls to giant hanging stalactites. 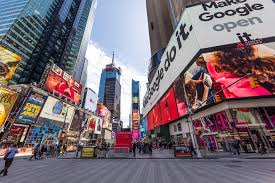 Times Square is a major business intersection and a neighborhood area in New York City’s Midtown Manhattan. It is situated at the crossroads of Broadway and Seventh Avenue. It also includes the blocks between W. 42nd and W. 47th Streets. 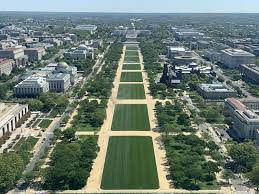 The National Mall and Memorial Parks, which are meticulously maintained by the National Park Service, encompass more than 1,000 acres of must-see monuments, sites, and green space.

The Lincoln Memorial, Thomas Jefferson Memorial, Vietnam War Memorial, and Martin Luther King Jr. Memorial, although towering over all else—literally, the city doesn’t zone for buildings taller than the marble icon—are as spectacular.

Though seeing the National Mall will take a whole day (or two), make sure to leave time to see the top tourist attractions and some of the city’s renowned museums as well.

Things to Know Before Visiting the Souks of Marrakech, Morocco

10 Things to Do off the Beaten Track in New Orleans

February 7, 2022April 25, 2022
Cape Verde, often known as Cabo Verde, is an archipelago and island country in the…
Call Now to speak to an agent