Skip to content
Home » The Top 10 Things to Do in Washington, DC This Winter 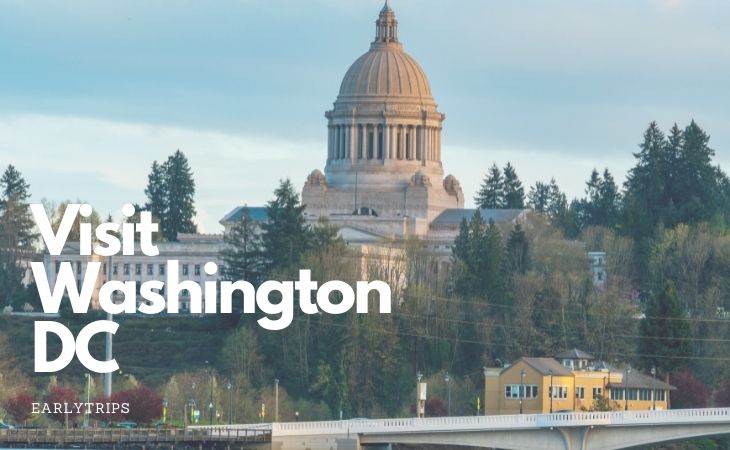 In the winter, Washington, DC is a paradise, with everything from ice skating rinks and holiday markets to pageants and boat parades. A trip to Washington is a terrific idea to consider if you’re searching for something unique and memorable to add to your holiday itinerary. Washington DC comes alive with spectacular light displays, holiday spirit, and a plethora of activities to do and see. With that being said, let’s look at the ten best things to do in winter in Washington DC.

The Smithsonian American Art Museum hosts the City Center Holiday Market, which has hundreds of vendors selling unique items and live entertainment. Local and national musicians will be performing Christmas music while you search aisle after aisle of tents packed with holiday treasures for the perfect gift for your loved one.

You can stop for homemade mini-doughnuts and freshly roasted coffee if you become hungry along the way. This market is an important element of the District’s Christmas culture and a must-see sight. It’s in Penn Quarter, approximately 5 minutes from Washington’s central business district.

The National Christmas Tree has been lit on the Ellipse for nearly a century. The District of Columbia Public Schools were given permission to plant a tree on the White House lawn by First Lady Grace Coolidge in 1923. A crowd gathered as President Calvin Coolidge touched a button to light the 48-foot Balsam fir on Christmas Eve. The celebration, which is slated for Dec. 2, has grown into a massive event with big-name performers on site to sing holiday classics and a countdown to light the National Park Service-maintained live tree. Don’t worry if you can’t make it to the show. Throughout the holiday season, you may see the tree in President’s Park.

D.C. is brimming with Chinese culture, especially during the Chinese New Year celebrations. The festivities, however, do not end in Chinatown. On the last weekend of January, the city hosts a D.C. Chinese New Year Parade with firecrackers, Chinese folk dancers, big floats, and other attractions.

Holiday Films at the Wharf

Holiday Films at the Wharf is a Washington, DC Christmas tradition in which people congregate on the Wharf’s riverfront to watch classic holiday films on a 20-foot LED screen. To keep warm, you reserve a spot and receive your own fire pit that can sit up to four people. There is no cooking allowed in the pits, but if you become hungry, you can stop by the food vendors for snacks, drinks, and treats.

The exact schedule varies year to year, but the festival takes place from Thanksgiving until the end of December and include a number of well-known and classic holiday films. “Gremlins,” “Home Alone,” “Elf,” “Miracle on 34th Street,” “Die Hard,” and many other films have already been shown.

The National Zoological Park, popularly referred to as the National Zoo, is one of the country’s oldest zoos. It is a part of the Smithsonian Institution and admission is free. The objective of the organisation, which was founded in 1889, is to “offer engaging interactions with animals while also creating and sharing knowledge to safeguard species and habitats.”

There are 180 different tree species, 850 different woody shrubs and herbaceous plants, 40 different grass species, and 36 different bamboo species on this property. The SCBI is a non-profit organisation dedicated to educating wildlife experts in conservation biology and the natural and aided reproduction of rare species.

Bring the whole family to the National Zoo for a thrilling adventure. Eco-friendly light displays, a tour of the grounds on the National Zoo Choo Choo, snow tubing on Lion/Tiger Hill, a visit with Panda Claws, and special after-hours keeper talks are all part of ZooLights. ZooLights is an annual event that takes place in the winter and lasts until the end of the year.

The United States Botanic Garden knows how to celebrate the holidays with style! Travel through this indoor sanctuary to escape the cold. The Conservatory has a beautiful poinsettia exhibit as well as one of DC’s largest indoor decorated trees. Also, make sure to check out the Season’s Greenings exhibition. The famous train of the garden is on display in the East Gallery, a sight that will delight all members of the family.

The opening of the National Gallery of Art’s Sculpture Garden Ice Rink kicks off the ice-skating season, attracting hundreds of people to skate among masterpieces of modern art. Some of the most well-known artists in the world have contributed to the massive and lifelike sculptures, including Alexander Calder, Roxy Paine, and Louise Bourgeois, among others.

As you glide around the sculpture garden, surrounded by the splendour of national monuments and museums, you’ll be sure to get into the holiday spirit. You can even get a coupon for a free cup of hot cocoa if you arrive on the first weekend. It’s only around ten minutes from the city’s centre.

The International Spy Museum is a private, non-profit organisation dedicated to preserving the art, history, and current function of espionage. It has the world’s greatest public collection of international espionage artefacts. The museum was opened in 2002 in Washington, D.C.’s Penn Quarter area, then in 2019 it moved to L’Enfant Plaza.

On the third Tuesday in January, attend Spy Fest to learn more about the International Spy Museum. Test your ninja skills by decoding texts, defeating lie detectors, and maybe even trying out some new ninja moves. Spy Fest is likely to have something for everyone, including expert spies giving demonstrations. The price of museum entrance includes access to typical museum exhibitions. Tickets are necessary, and make sure to read the event’s age restrictions.

The White House welcomes thousands of people to the Ellipse on the first day of Chanukah to see the lighting of the world’s largest menorah as a way to honour Jewish heritage and religious freedom. The Jewish holiday, commonly known as the Festival of Lights, commemorates the rededication of Jerusalem’s Holy Temple. Every night for eight days, a candle is lit on the menorah. This year’s festival, which will take place on Nov. 28, will include musical performances as well as activities for the whole family to enjoy.

The Holiday Boat Parade in the District celebrates the holidays with over 60 illuminated and decorated boats parading down Washington Channel while you shop, eat, and celebrate on the shore. You may make ornaments at workshops, warm up by the fire pit with other parade-goers, ice skate on the rink, or enjoy holiday-themed drinks at the Waterfront Beer and Wine Garden. Naturally, it wouldn’t be a winter event without a visit from Santa.

The parade, which takes place every year in early December, is a highlight of the District’s Christmas celebrations. If you’ve never been on a waterfront vacation, this is the place to start, and it’s located in the Wharf city center.