Everyone has heard about Italy and in Italy everyone wants to visit Venice! Made of what romantic fairy-tales are made of, Venice is undoubtedly one of the most romantic cities in the world (if not the most). This beautiful city in the waters exudes charm like no other city and makes no wonder why people visit it over and over again.

Irrespective of whether you intend to stay here for a long period or a short time, you can never go wrong with Venice as destination choice. With stunning sights, great eats, amazing places to visit and friendly atmosphere it makes the cut for the perfect long weekend destination.

So, if you and your family or significant half are ready to make your way to Venice for the perfect weekend then here are our top recommendations on basically what to do on A LONG WEEKEND IN VENICE, ITALY. 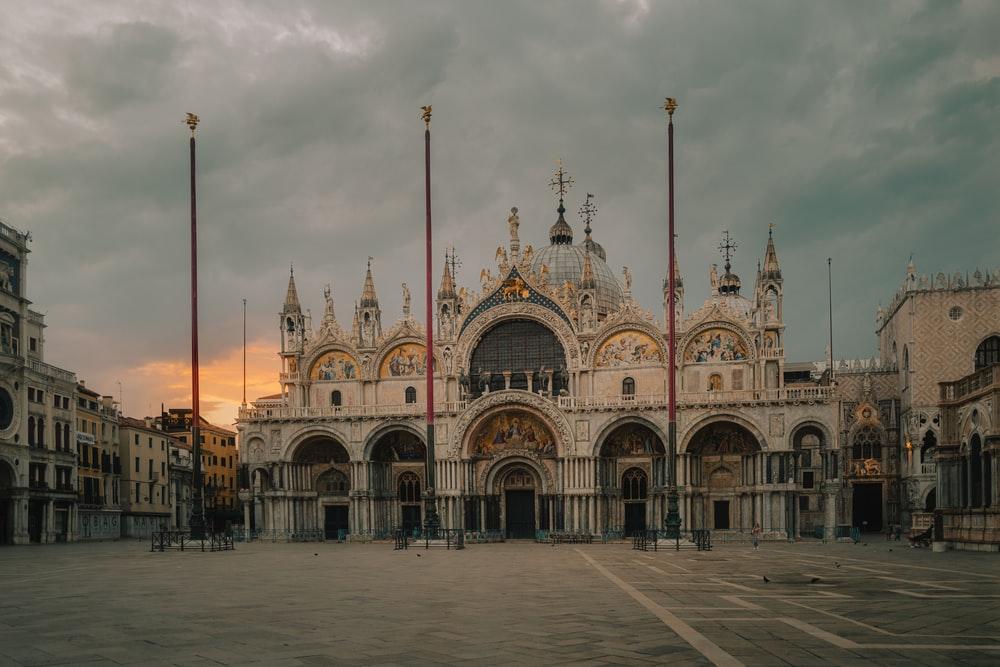 The Patriarchal Cathedral Basilica of Saint Mark or more commonly known as St. Mark’s Basilica is undoubtedly the most well-known church is the whole of Venice.

The interior of the church including the upper walls, vaults and domes are covered in gold-ground mosaics with over 4240 square meters of mosaics simply found on the dome itself. Prior to 1797 the church was used as the chapel of the Doge and is set in a very distinct Byzantine style of décor and construction.

Do not miss the Pala d’Oro here which is a magnificient golden alterpiece and was designed by Titian & Tintoretto. The altarpiece is adorned with nearly 2000 pieces of precious stones and gems but equally exquisite is the gold exhibitions that they have stored in the Treasury.

GONDOLA RIDES IN THE GRAND CANAL 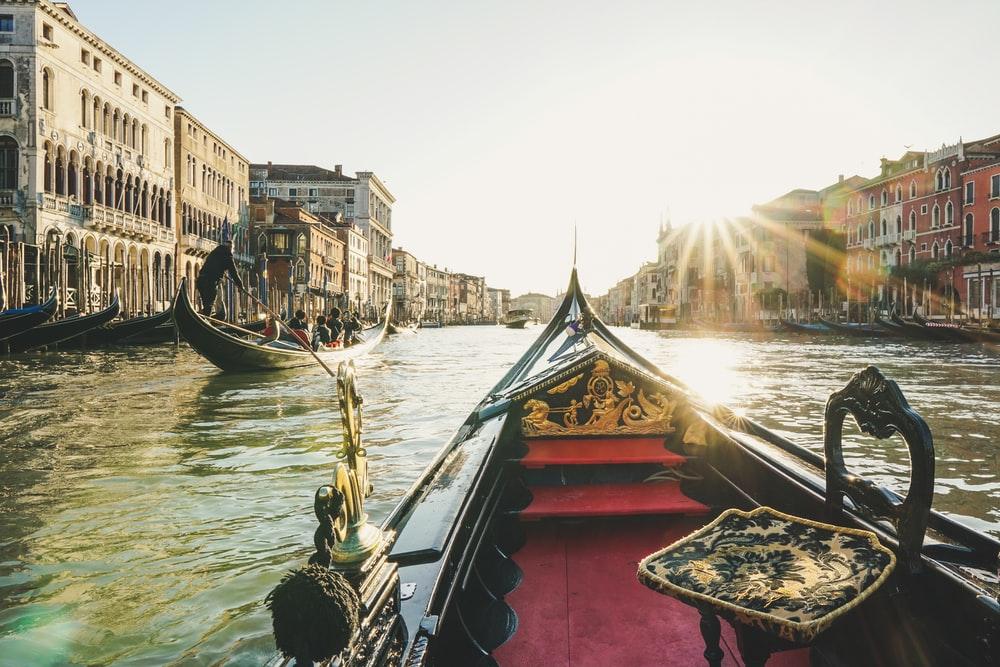 Undoubtedly one of the most iconic places in Venice, many have now started associating the Gondola rides down the Grand Canal as something purely Venetian. The canal runs through the heart of the city in a reverse S-shaped stream.

The bridges are also equally great places to visit at the canal with only 4 making across the 3.8 km length. The canal was one of the most important places in early day Venice, with anyone holding any semblance of status in the society having their address by the canal, with ornate gothic facades and entrances leading in straight from the canal.

If you’re here on a vacation with your partner then a ride in one of the many Gondolas down the canal is romantic on many levels and is an absolute must. 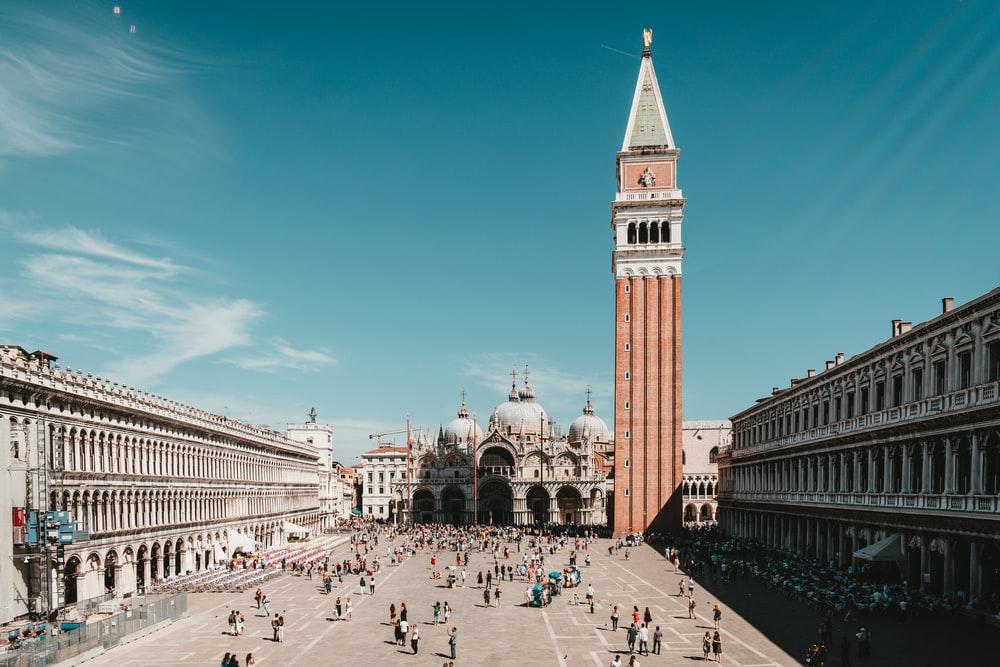 St. Mark’s Square or Piazza San Marco is Venice’s largest square and here you are bound to find the most crowd and is one of the liveliest and happening parts of the city.

Also known to many as Venice’s living room, the square is where many come to take a stroll, meet friends, have coffee, or just pass through on their commute to work or home. 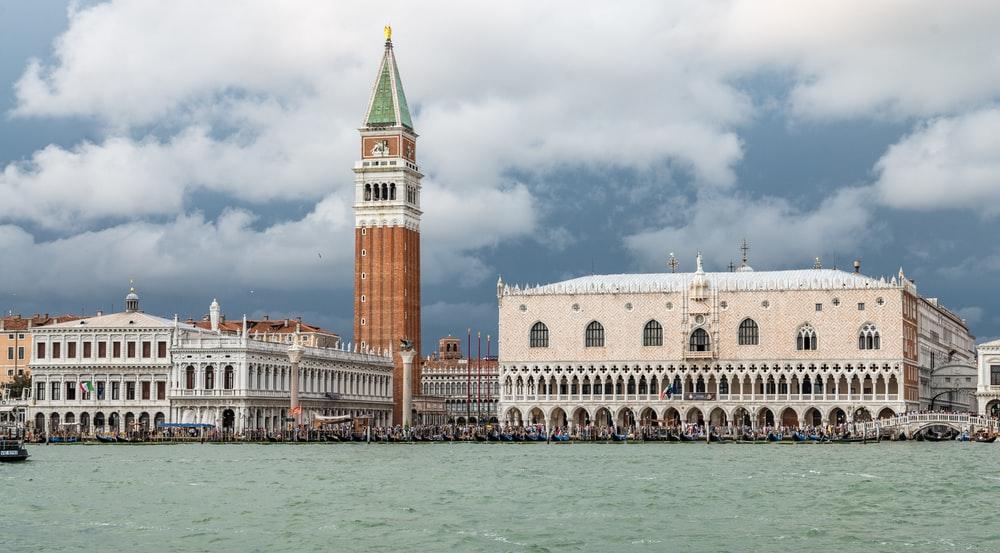 Built in 1340, the Doge’s Palace is one of the most notable landmarks here in Venice. The palace was the official residence of the Doge of Venice and was the ultimate head of the former republic. This gorgeous building was once also served as the Seat of the Government and also the Palace of Justice. Inside the palace the sheer grandeur and lavishness of the interior is guaranteed to make anyone admire in awe, it also features Tintorreto’s largest oil painting in the world “Paradise”.

The lines for admission to take a tour of the Palace is usually long so we recommend that you book ahead and not all sections of the palace are open to the public so make sure to vouch for a tour that gives you the most access on the tour. The Bridge of Sighs is also another key spot that is connected with the palace that is only accessible through certain private walks. 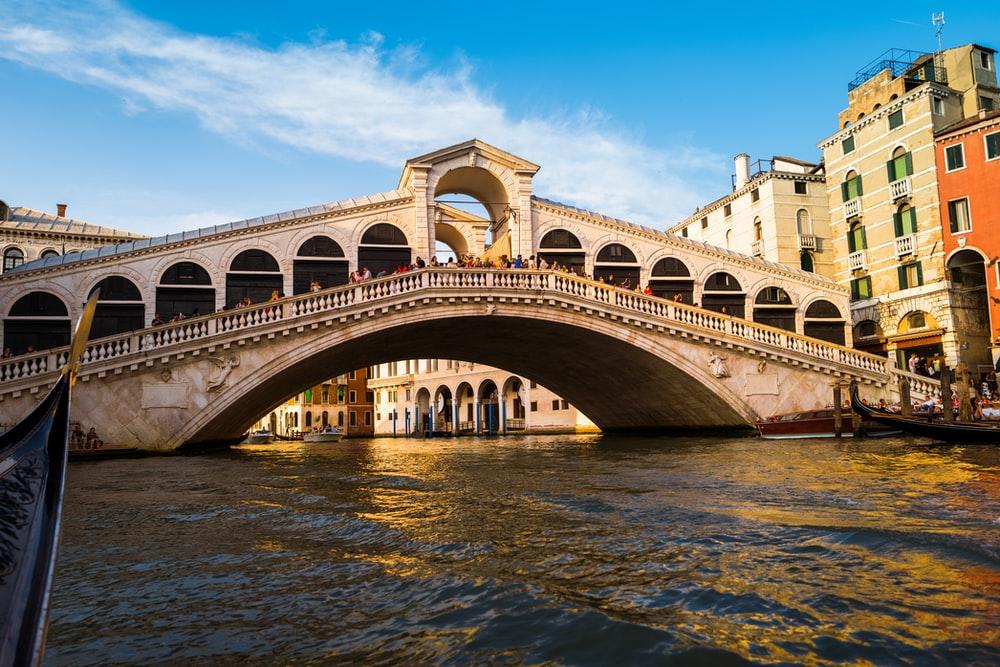 Built in 1588 after the collapse of the earlier wooden bridge that connected the two side. Ponte di Rialto is one of the most important bridges in Venice. It was at a point of time the only bridge in Venice and is a really important crossing point for the canal.

The bridge is a famous vantage point for tourist to come click picture and also for Gondola rides to go underneath from. Across the bridge is a busy street and the arch of the bridge also supports a double set of shops. 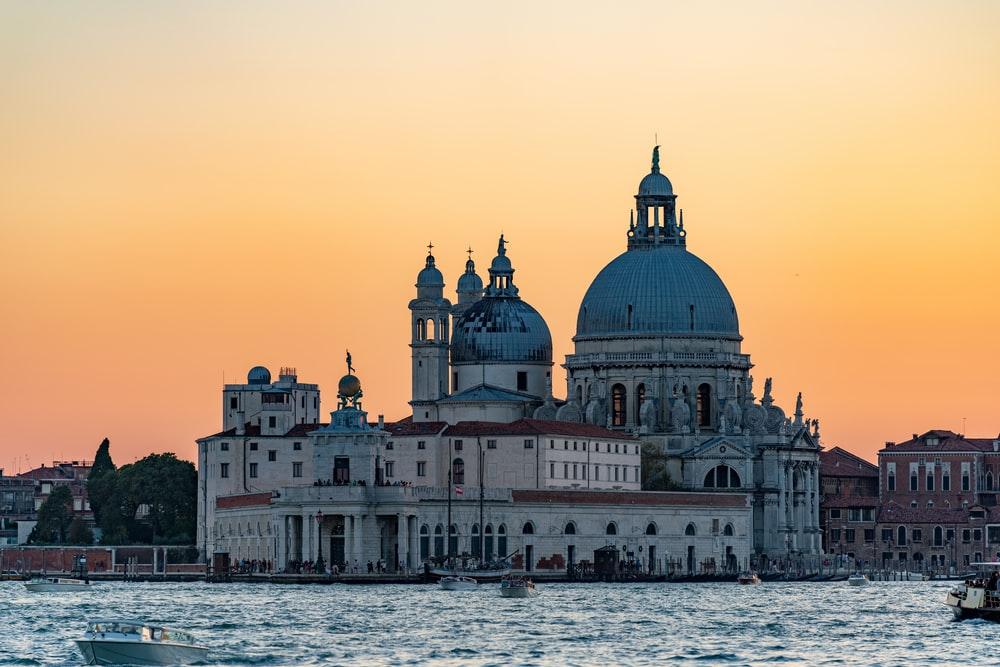 The Santa Maria Della Salute or Basilica of St. Mary of Health is one of the most recognized and photographed churches in Venice. The church is also one of the biggest and was built around 1630 towards the end of the Plague.

The church makes for a postcard perfect setting with its huge octagonal structure with domes and bells set right beside the canal. In the Sacristy of the church is where you will find the famous Marriage at Cana painting by Tintorreto. 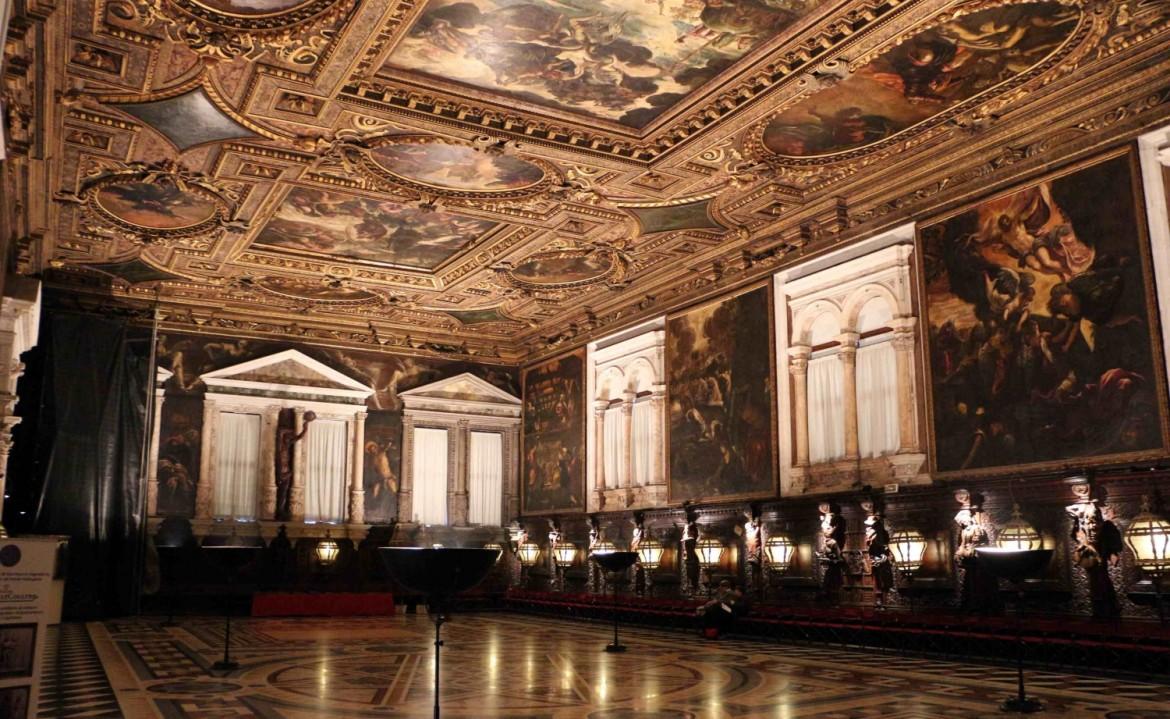 Built between 1515 and 1560, this impressive white marble building initially built for a charitable society office and houses some really beautiful décor inside.

The building holds one of the artist Tintorreto’s best masterpieces in the form of painting over the panels of the ceilings and walls in the building.

Apart from Tintorreto, some early works of Sala dell’Albergo are also found in the building with the most notable being depictions of scenes from the New Testament. The lighting inside the building are not that good but visitors can see the paintings more easily with the mirrors provided there.

Scroll to Top
Call Now to speak to an agent